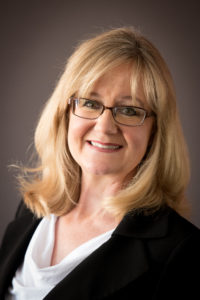 In the community, Kim is a member and former Treasurer for the El Paso Women’s Executive Forum, a member of the El Paso Council for International Visitors, the El Dedon Verde Garden Club, the Texas Master Gardeners, Daughters of the American Revolution, and a mentor with the Girl Scouts Camp CEO.  In 2014, she completed the FBI Citizens Academy and is a current member of the Alumni Association. She has previously served the Plaza Starkeepers, the Battered Women’s Shelter, Girl Scouts and Boy Scouts, and the Family Readiness Group/3-133 Field Artillery Battalion, earning the Honorable Order of Molly Pitcher.  In 2009, she earned the Independent Bankers Association of Texas “Making a Difference Award” and in 2011, she was commissioned a “Yellow Rose of Texas” by Governor Rick Perry for community service.

She and her husband, Paul, have five children, four grandchildren and dogs, and love traveling, reading, gardening, cooking, and entertaining.  She is honored to be able to participate with this incredible group of women that make such a tremendous impact on the El Paso community.